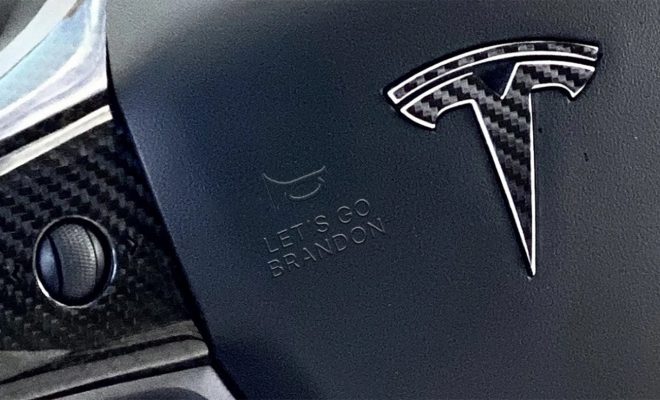 STARBASE, TX—After Tweeting today that he is leaving the Democrat Party and will be voting Republican in coming elections, many had questions regarding whether or not the Tesla line would be affected. His follow-up Tweet announced a mandatory software update on all Tesla products: effective tomorrow, the horns of all Tesla vehicles will blast “Let’s Go Brandon” instead of the traditional honking sound.

“Go to Controls > Software > Updates and follow the onscreen instructions for your vehicle to receive its required upgrade,” Musk said via Twitter. “Software update 2022.12.3.11 is in compliance with regulations enforcing that car horns cause enough auditory offense to startle and warn other drivers. You’re welcome!”

Musk continued to elaborate through additional Tweets, adding that Tesla owners are required to complete this software update before their vehicles can restart for continued use.

The left, celebrities, and athletes will take money from China, but they sure don’t like talking about China. Tap your foot to the hit song parody of “We Don’t Talk About Bruno”!