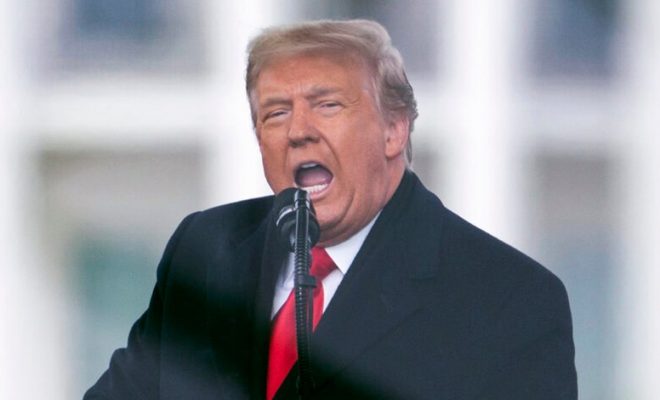 Donald Trump has issued a response to the reported findings of the 2020 election audit in Arizona and he believes the mainstream media is not telling the entire story.

The 45th President of the United States issued the statement via his Save America Pac via email to his supporters on Friday.

â€śHuge findings in Arizona! However, the Fake News Media is already trying to â€ścall itâ€ť again for Biden before actually looking at the factsâ€”just like they did in November!â€ť he said.

â€śThe audit has uncovered significant and undeniable evidence of FRAUD! Until we know how and why this happened, our Elections will never be secure. This is a major criminal event and should be investigated by the Attorney General immediately,â€ť he claimed.

â€śThe Senateâ€™s final report will be released today at 4:00PM ET. I have heard it is far different than that being reported by the Fake News Media,â€ť he said.

As of this posting, Conservative Brief has not seen the results of the audit yet and cannot corroborate Trumpâ€™s or the mediaâ€™s findings at this time.

But some in the mainstream media, likeÂ Arizona Central, have reported that they have seen the results and those results confirm that Joe Biden won Arizona.

A monthslong hand recount of Maricopa Countyâ€™s 2020 vote confirmed that President Joe Biden won and the election was not â€śstolenâ€ť from former President Donald Trump, according to early versions of a report prepared for the Arizona Senate.

The three-volume report by the Cyber Ninjas, the Senateâ€™s lead contractor, includes results that show Trump lost by a wider margin than the countyâ€™s official election results. The data in the report also confirms that U.S. Sen. Mark Kelly won in the county.

The official results are set to be presented to the Senate at 1 p.m. Friday. Several versions of the draft report, titled â€śMaricopa County Forensic Auditâ€ť by Cyber Ninjas, circulated prematurely on Wednesday and Thursday. Multiple versions were obtained by The Arizona Republic.

The Cyber Ninjas and their subcontractors were paid millions to research and write the report by nonprofits set up by prominent figures in the â€śStop the Stealâ€ť movement and allies of Donald Trump, but Cyber Ninjas CEO Doug Logan said that would not influence their work.

Now parties from both sides are claiming victory in the Arizona audit.

â€śTo all those trying to spin the Arizona Audit, spin this: The number of illegal ballots found in Maricopa County alone is over 4 times the current amount separating President Trump and Joe Biden in Arizona as a whole. Should have never been certified. #Decertify,â€ť Trumpâ€™s 2020 Strategic Advisor, former Special Assistant Boris Epshteyn said.

â€śThis is from the leaked audit report & it clearly shows that the margin of potentially fraudulent votes in ONE COUNTY compared to what was verified is way beyond the 10,457 votes (0.3%) that â€śwonâ€ť Arizona in 2020,â€ť Arizona Republican Party Chair Dr. Kelli Ward said.

â€śBREAKING: The #azaudit draft report from Cyber Ninjas confirms the countyâ€™s canvass of the 2020 General Election was accurate and the candidates certified as the winners did, in fact, win,â€ť the official Twitter page for Maricopa County said.

â€śUnfortunately, the report is also littered with errors & faulty conclusions about how Maricopa County conducted the 2020 General Election,â€ť the county said.

â€śBoard members & election officials will pay close attention to what is said at Fridayâ€™s scheduled Senate hearing & share facts as needed,â€ť it said.

Did you see this??? New â€śprostate shrinkerâ€ť leaves urologists SHOCKED

â€śThis means the tabulation equipment counted the ballots as they were designed to do, and the results reflect the will of the voters. That should be the end of the story. Everything else is just noise,â€ť Jack Sellers, Chair of the Maricopa County Board of Supervisors, said.