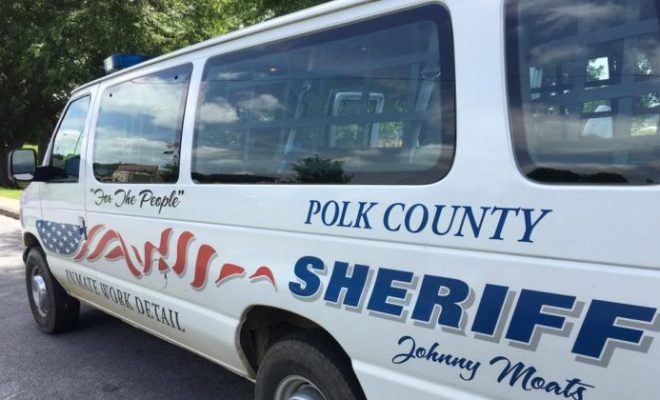 Police in Florida have arrested 13 alleged sexual predators, one of whom is a Disney employee, during a week-long undercover operation dubbed “Operation Cyber Guardian II,” officials confirmed on Sept. 15.

The Polk County Sheriff’s Office said in a statement that detectives “posed as children on social media platforms, mobile apps, and online dating sites” during the sting operation “to investigate those who prey upon and travel to meet children for unlawful sexual activity.”

The individuals arrested had communicated with the agents posing as children aged 13 to 15 online.

Police said the 13 suspects face a total of 41 felony charges and 3 misdemeanor charges, including traveling to meet a minor for sex, attempted lewd battery, use of a computer to seduce a child, unlawful use of a two-way communication device, and transmission of material harmful to a child.

Two of the suspects told detectives they were married, and two brought condoms to meet the purported children, while another two brought illegal drugs with them.

Eight of the suspects arrested went to a location in Polk County at separate times to meet who they thought were children, “to sexually batter them,” police said.

Arrest warrants were obtained for the remaining five suspects, who were booked into jails in their respective counties.

“Three of the suspects believed they were speaking with a parent or guardian of a child who wanted to teach their ‘child’ to have sex or arranging for the minor to have sex with the suspect,” police said.

Kevin Sanders, 42, of Winter Garden, Florida, was arrested after conversing online with an undercover detective who was posing as a 13-year-old girl.

The “girl” had told Sanders that she was just 13, but Sanders allegedly kept communicating with her and “described the sex acts he wanted to perform on the child,” police said, even warning her that they would “have to be careful” because of her age.

Police alleged that for several years, Sanders had spoken to undercover detectives who he believed were children, but he had always cut off the communication before actually traveling to meet the so-called minor.

Sanders, who is married and has two young children, was arrested at Disney World, where he was working as a roving IT support specialist. Prior to that role, he worked as a member of Disney’s YES Program (Youth Education Series) for children aged 5 to 18.

Joshua Cummins, 28, of Davenport, Florida, was also arrested. Police said he had traveled to a location under the false belief that he would be meeting a 14-year-old girl for sex.

Cummins told law enforcement officials that he was employed as a construction subcontractor and was currently building a new rollercoaster at Disney World.

He was charged with one count of traveling to meet a minor for sex, one count of use of a two-way communication device to commit a felony, and one count of attempted lewd battery. He was released after paying an $18,000 bond.

He was charged with one count of transmitting harmful material to a minor and one count of using a computer to solicit a child for sex.

Another of the men arrested, 35-year-old Juan Miguel Diaz of Kissimmee, Florida, worked at Linewize Limited as a service technician where he installed firewalls and internet safety programs on computers in elementary, middle, and high schools in order to prevent students from “accessing inappropriate websites and online predators,” police said.

“We will continue to conduct proactive operations like this to search out these evil predators before they get to our children. Thanks to the hard work of our detectives and the detectives in our partnering agencies, these 13 predators have been arrested. We are going [to] hold them criminally accountable for their attempts to sexually abuse, groom, and corrupt our children,” Polk County Sheriff Grady Judd said in a statement.

Judd urged parents to regularly check their children’s electronic devices that grant them access to things like online gaming, mobile applications, texting, or the internet to ensure parental controls are enabled and to help keep them safe from sexual predators.

The Epoch Times has contacted a Disney spokesperson for comment.