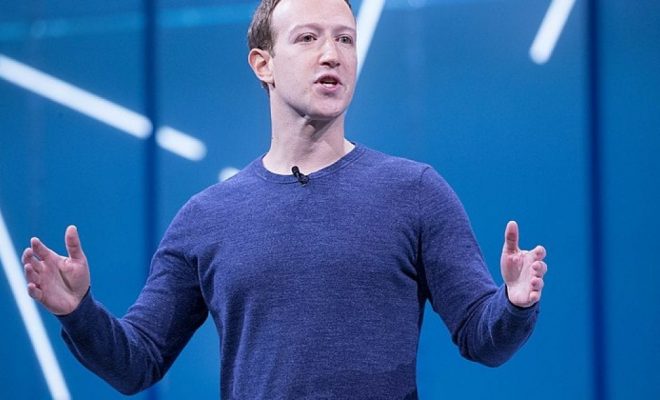 Did Mark Zuckerberg Say: “Hacking Of The Election Was a One Time Thing”?

We have a mission here at WeLoveTrump: report the truth wherever we find it!

Or reporting on them in a way that reveals the truth the MSM prefers would not come out.

Other times it means doing our own “fact check” when something seems too good to be true.

This article falls somewhere in the middle.

Did You See This? This Good-For-25-Year Survival Food Kit is FINALLY Back

I saw this post going viral earlier today and needless to say the headline caught my attention:

Did he really say that?

Or did he say something similar?

I had to investigate.

It appears the claim and the article from “El American” originated from this very real Fox News article:

So here’s what is true and not really in dispute:

Zuckerberg and wife Priscilla Chan donated $350 million to the “Center for Technology and Civic Life” ahead of the 2020 election.

It’s also true that Zuck and Chan have now confirmed there will be no similar donations in the future and that this was a “one time” donation.

A representative for Mark Zuckerberg confirmed the Facebook CEO will not make another multi-million dollar donation to aid this year’s elections, which comes after fierce pushback that Zuckerberg’s 2020 contributions tilted the outcome of the presidential race toward President Biden.

“As Mark and Priscilla made clear previously, their election infrastructure donation to help ensure that Americans could vote during the height of the pandemic was a one-time donation given the unprecedented nature of the crisis,” Ben LaBolt, a spokesperson for Zuckerberg and his wife Priscilla Chan, said. “They have no plans to repeat that donation.”

Zuckerberg and Chan donated at least $350 million to the nonprofit Center for Technology and Civic Life ahead of the 2020 election, which was distributed to local election offices. The nonprofit said that this year, it will instead launch a different program dubbed the U.S. Alliance for Election Excellence.

The program is an $80-million, five-year effort intended to create a network for the nation’s thousands of local election officials, who can apply for aid to improve their technology and processes, the Associated Press reported.

“Unfortunately, years of underinvestment means many local election departments often have limited capacity and training. The U.S. Alliance for Election Excellence is bringing together world-class partners so that local election officials no longer have to go it alone,” said Tiana Epps-Johnson, CTCL’s executive director.

Conservatives have slammed Zuckerberg and Chan’s donation ahead of 2020 as helping sway the presidential election in President Biden’s favor.

So is the viral headline true?

The only missing piece of information between what is true and not in dispute and what is claimed in the headline is whether or not the $350 million was donated and utilized to “hack the election”.

I certainly have my own views on that and I bet you do to.

So I’m leaving the final “truth” rating of this claim in your hands.

Please leave a comment in the comments section and add your vote to the poll below and we’ll see how this ends up by community vote!

Related Items
USA First Reporting
← Previous Story Smoking Gun Found on Laptop: If These Messages Are as Bad as They Look, Joe Biden Is Done For
Next Story → 7-Year-Old Girl Oozes Blood From Eye After Taking Pfizer COVID-19 Jab