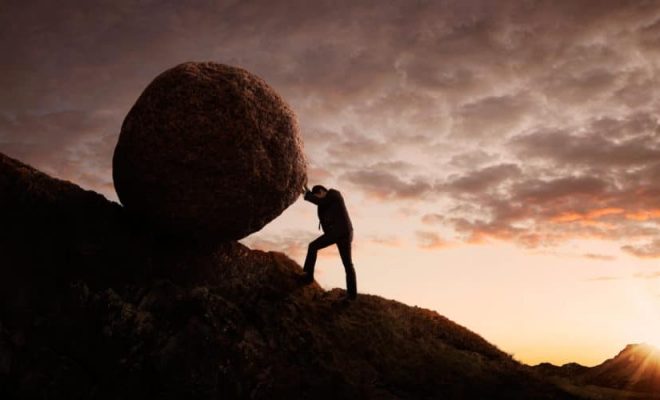 “Every ugly, brutal aspect of injustice toward racial or religious minorities is being practiced toward businessmen.. . . Every movement that seeks to enslave a country, every dictatorship or potential dictatorship, needs some minority group as a scapegoat which it can blame for the nation’s troubles and use as a justification of its own demands for dictatorial powers. In Soviet Russia, the scapegoat was the bourgeoisie; in Nazi Germany, it was the Jewish people; in America, it is the businessmen.” Ayn Rand

Congressman Ro Khanna (D-CA) took to CNN on Sunday morning to discuss the possibility of increasing the minimum wage to $15 per hour.

“They shouldn’t be doing it by paying people low wages, we don’t want low wage businesses, I think most successful small businesses can pay a fair wage,” Khanna said.

Khanna was asked how small businesses which are already struggling to pay their bills would survive a minimum wage increase.

“They shouldn’t be doing it by paying people low wages, we don’t want low wage businesses, I think most successful small businesses can pay a fair wage,” Khanna said.

“If you look at minimum wage, it increased with worker productivity until 1968 and that relationship was severed,” Khanna continued. “If workers were actually getting paid for the value they were creating, it would be up to $23.”

The federal minimum wage in the United States currently sits at $7.25 per hour, although it is higher in some states and individual municipalities. President Joe Biden has expressed a commitment to getting the minimum wage increased to $15 per hour by 2025.

The potential move has been criticized by Republicans, who argue that it would put many Americans out of work as some businesses cannot afford to pay $15 per hour.

Others have also criticized it as a one-size-fits-all approach. Cost of living ranges drastically across American states, and while a $7.25 wage may not be a livable wage in New York City, it is not the same case for a state such as Mississippi.

In a study conducted by the Congressional Budget Office, they found that increasing the minimum wage to $15 per hour would lift 0.9 million people out of poverty, place 1.4 million Americans out of a job, and would increase the US budget deficit by $54 billion.

America as well as many South American nations have prospered because of small businesses. Truly it’s an equalizer factor. Many businesses became rich. Provided jobs to millions and encouraged people to spread prosperity even in very small towns. Small businesses inspire people to use their creativity and offer many options to the clients. Healthcare becomes available to everyone because everyone can afford it.