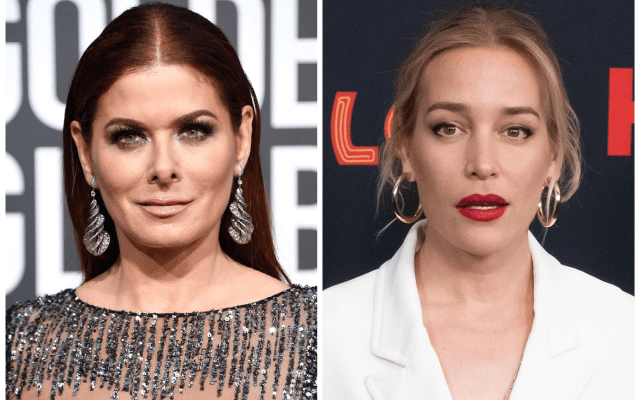 Their boycott is the latest intimidation campaign waged by elite leftists against corporations in an attempt to sway election policy in favor of Democrats. On Monday, Covert Affairs actress Piper Perabo voiced her intention to boycott the Dallas-based Southwest. She echoed former Democratic presidential candidate Howard Dean by using the now-ubiquitous term “voter suppression” to describe the bill.

“I spend my money companies who support voting rights,” the actress tweeted.

Will & Grace star Debra Messing echoed the boycott call, declaring she too would avoid the airline so long as Southwest refuses to condemn the bill. Messing also used the term “voter suppression” to describe the legislation.

As Breitbart News reported, the Texas State Senate passed Senate Bill 7 on Thursday, with State Sen. Bryan Hughes (R) describing the legislation as an effort to make it “easy to vote and hard to cheat.” The bill now moves to the state’s house, where it will face additional debate.

Last week, American Airlines yielded to left-wing pressure by issuing a statement condemning the election bill, saying: “At American, we believe we should break down barriers to diversity, equity and inclusion in our society – not create them.”

Texas Lt. Gov. Dan Patrick (R) said he was “stunned” by the carrier’s statement, claiming that neither American’s CEO or government relations representative had actually read the bill. American is headquartered in Forth Worth, Texas.

Left-wing Hollywood elites are attacking voter integrity laws around the country, including in Georgia. Stars including Edward Norton, Susan Sarandon, Cher, and Padma Lakshmi have expressed their anger over the Georgia bill’s passage, with some calling it racist and form of “Jim Crow” for implement voter identification requirements.

Corporations that have submitted to left-wing intimidation campaigns on the Georgia law include Delta Airlines, Coca-Cola, and ViacomCBS.

😂🤣This is rich😂🤣 Rich in comedy! Like these elites even fly with Southwest! You know they have private jets, right?

What who are these 2 I’ve heard of messing the other menace I am not sure who she is.
But anyways that’s what Texas is doing making elections fair. Again most hollywood actors are inept where politics stand. But they are well on their way in age and acting gigs will go away forever. Do not listen to these so called actors. They are clueless. And as far as southwest I will fly with them as often as I can now. And I believe or at least 75 million that voted for THE President Trump WILL FLY SOUTHWEST. just stick to role playing since that’s all your good at.