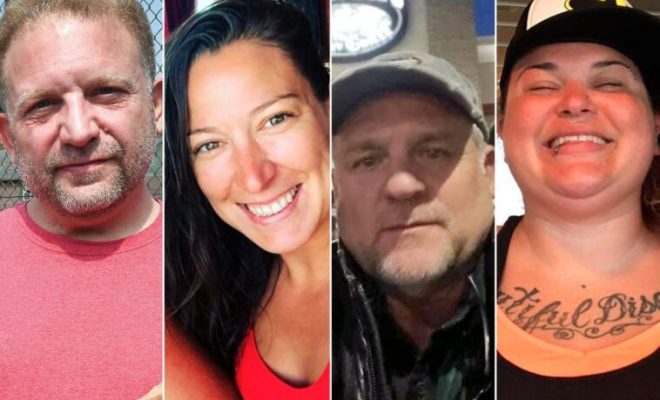 The Chief Medical Examiner for D.C. on Wednesday gave his determination on the causes of death involving those who died in the Capitol riot on January 6th.

• Ashli Babbitt, 35, died from a gunshot wound to her left shoulder, her death has been ruled a ‘homicide’

• Roseanne Boyland, 34, died of acute amphetamine intoxication, her death has been ruled ‘accidental’

Despite there being a federal murder investigation, there have been several impediments preventing the building of a murder case for what is apparently the only non-protester death related to the Capitol riot. In February, the New York Times had to correct a report that originally stated:

One Capitol Police officer, Brian D. Sicknick, was killed, and investigators are increasingly focused on whether chemical irritants were a factor in his death, according to a senior law enforcement official. The Capitol Police said in a statement that Officer Sicknick died from injuries sustained “while physically engaging with protesters.” Two officers involved in the response have died by suicide, the local police have said.

The Times’ “update” preceded by one day the acquittal of former President Donald Trump of the impeachment charge of “incitement of insurrection” at the Senate trial. CNN had earlier conceded that the narrative about Sicknick did not yet match the evidence on February 2nd — ten days before the Times’ story correction.

Officer Sicknick was given the high honor of being lain in state the Capitol rotunda; it was an honor denied to William “Billy” Evans, an 18-year veteran of the Capitol Police who was killed in a car crash by an African-American man wielding a knife on Friday.

Despite a nationwide FBI manhunt for those who participated in the January 6th uprising, it appears that no one was armed and the only person we know was killed was Ashli Babbitt. That we still don’t know the name of the officer who shot her on video is one of the inexplicable mysteries of the Capitol riot. It is also one that no one in the mainstream media seems intent on solving.