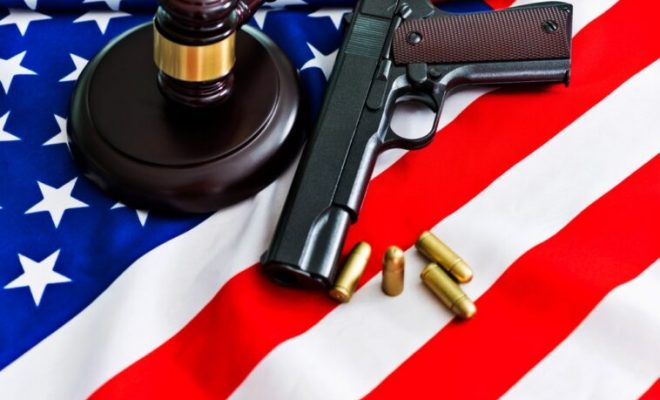 Controversial New Anti-Gun Law Takes Effect In NY; Here’s What It All Means

Democratic New York Gov. Kathy Hochul is just gushing all over the new Concealed Carry Improvement Act, which many critics are now saying is incredibly burdensome and a clear violation of a number of constitutional rights. But hey, encroaching on constitutional rights is something the left does best, right? Especially when it comes to the Second Amendment and firearms.

According to the Daily Wire, after a Supreme Court decision was issued in June striking down many of the concealed carry restrictions the state had in place, labeling them as unconstitutional, state Democrats, along with Gov. Hochul, decided to take action to crack down on gun rights, rather than accepting that they were violating the Second Amendment rights of their own people, in what appears to be direct defiance of the highest court in the land. These people hate the idea that you might possess the means by which to reject their tyranny and protect your life, liberty, and property. If that doesn’t give you a clue about how these folks think, I’m not sure what else you need to see.

“In response to the Supreme Court’s decision to strike down New York’s century-old concealed carry law, we took swift and thoughtful action to keep New Yorkers safe,” Hochul went on to say in a press release. “I refuse to surrender my right as Governor to protect New Yorkers from gun violence or any other form of harm. In New York State, we will continue leading the way forward and implementing common sense gun safety legislation.”

This horrible new piece of legislation requires residents of New York who are applying for gun permits to provide all of their social media accounts from over the course of the previous three years, which has many Americans in the state concerned about potential political bias within the approval process. This is a legitimate fear, as you can bet your bottom dollar there will most certainly be bias involved. No doubt that was the point of the bill in the first place. To try and combat “right-wing extremism,” which is a false narrative being pushed by radical leftists desperate to paint up every conservative or Trump supporter as someone on the verge of carrying out a terrorist attack.

Here’s more from the Daily Wire:

A gun rights group, Gun Owners of America has launched a lawsuit against the state concerning the bill, stating that the CCIA “would essentially make all of NY a gun free zone and infringes upon the rights of its citizens.” And that was no doubt the intent behind the bill to begin with. The left is forever attempting to put out “gun control” laws to try and stop mass shootings — so they claim — but most of the legislation passed is really just small steps toward complete gun confiscation. Some will say that’s a conspiracy theory but look at this bill. I’d say that is most definitely what’s really at the heart of the CCIA.

“New York state is blatantly citing racist and discriminatory laws in defense of their new Concealed Carry law,” the group went on to say in a post on Twitter on Wednesday. “GOA sued the state, and we hope to get an injunction TODAY!”

On Wednesday, a federal judge decided to shred the Constitution by opting to side with the state of New York, saying that both GOA, along with the Gun Owners Foundation did not have the standing to represent their members in the court. The groups are fully expected to appeal the decision from the U.S. Second Circuit Court.

Related Items
USA First Reporting
← Previous Story Michigan Elections So ‘Secure’ Missing Voting Machine Bought for $7.99 at Goodwill Then Auctioned Off
Next Story → What Joe Biden Said To 9-Year-Old In The Audience Is Beyond Creepy