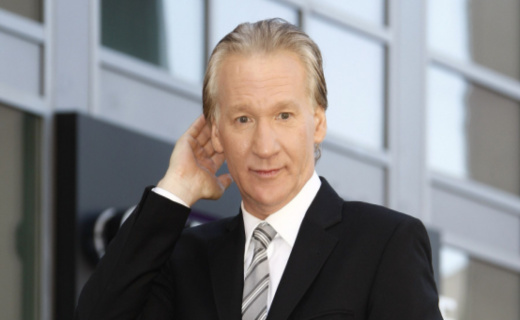 Talk show host Bill Maher said the quiet part out loud when he said that there was “a conspiracy to get rid of” Donald Trump from the White House when the media colluded to bury the Hunter Biden laptop story. a monumental development that was predicted to have turned the tide toward the 45th President in his re-election bid instead of giving the reigns of the country to Sleepy Joe.

On the HBO show “Real Time,” Maher said the reason the media worked so hard to bury the story was that Trump was such a threat to the country (aka the political class, the Swamp, the Washington elite), and a story painting Brandon and his politically-connected family in a negative light would have given Trump the win, “because they were like, we can’t risk having the election thrown to Trump, we’ll tell them after the election.” Absent from this realization is the verbalized truth that the media is serving as the propaganda arm of the Democrat party, and by doing so, is thumbing its proverbial nose at the American voter; telling the public of the laptop AFTER the election only cements this idea even more.

Breitbart quotes Maher recounting a podcast he had listened to, whereby Sam Harris, philosopher, author, and good friend of Maher’s, discussed how Hunter’s laptop emerged as a rumor before the election, then cast out as “Russian disinformation,” only to be determined to be real. But Harris deemed the hush-hush behavior of the traditional media and social media “appropriate” and Trump presented a “once-in-a-lifetime moral emergency”:

“Now look, let’s not pussyfoot around this, he was selling the influence of his father, Joe Biden. I mean, most political sons do. … Hunter Biden’s laptop was buried by the press, even the head of Twitter, Jack Dorsey, said that was a mistake. They buried the story because they remembered what happened with James Comey and the letter eleven days before the 2016 election. … Sam Harris says it was appropriate for Twitter and the heads of big tech and the heads of journalistic organizations to feel that they were in the presence of something that is a once-in-a-lifetime moral emergency, meaning Trump. So, he’s saying it’s okay to have a conspiracy to get rid of somebody as bad as Trump.”

Maher’s comments come as a new film ‘My Son Hunter’, is making the promotional rounds across social media ahead of its September 7 release via streaming and downloading. The narrative film comes from Breitbart, which is expanding its news empire into film distribution. The film is being billed as “the story the establishment media don’t want you to see,” and if the trailer having been viewed over 2 million times is any indication, “My Son Hunter” is set to be a blockbuster.

Related Items
USA First Reporting
← Previous Story The US Treasury Won’t Release Hunter Biden’s Financial Information… Here’s Why That Might Change After The Primaries
Next Story → BOOM! DeSantis SHREDS Biden’s Hateful Speech ‘One Of The Most Disgusting Speeches An American President Has Ever Given’ [VIDEO]