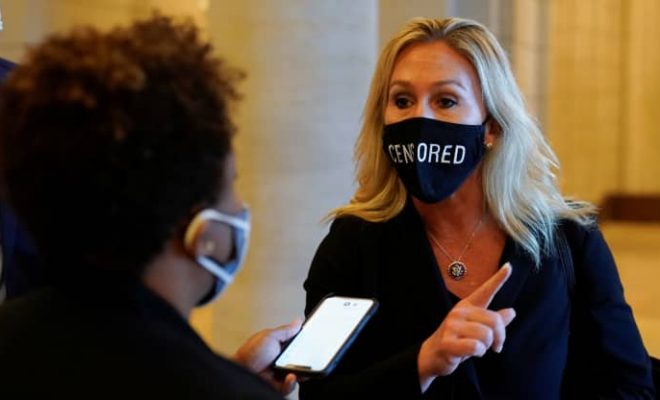 CENSORED: Marjorie Taylor Greene Suspended From Twitter On Easter Sunday After Posting This…

Marjorie Taylor Greene is an outspoken pro-Trump and pro-conservative who is religious.  She has been a thorn in the side of establishment republicans and Democrats since she was elected as Republican Rep. in the 2020 election. They hate her because she refuses to capitulate to the anti-American establishment and stands up for women’s’ rights.  Today, she was suspended from Twitter for 12 hours after posting a meme on Facebook about Jesus on Easter Sunday. See the meme, below.

Here is the post she made prior to her 12-hour  suspension:

As is always the case when social media censorship of people begins, Twitter claims that the suspension was simply an error.  However, after several years of this tactic being used almost entirely against conservatives, nobody with critical thinking abilities is buying this lie anymore.  Expect social media to escalate their attacks on Ms. Taylor Greene and other independent and conservative voices as we go through 2021 and get closer to the 2022 election season.

All conservatives need to move to Parler and leave Twitter, fakebook and other “social media” in the dust of immaterial.

This is even more proof that section 230 protection should be removed from these companies, they have become publishers of edited content.

Jesus has risen! And the demonized political left and their fake media cronies are showing every day how satanic they are. So people of this world who believe in our father above, JESUS CHRIST!! Open your eyes and see the darkness and evilness they are pushing onto the world.