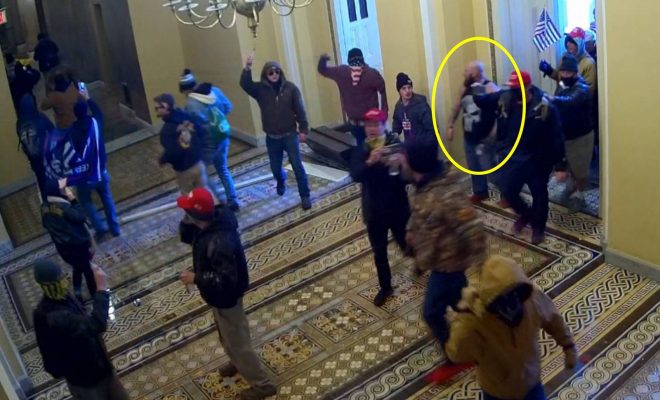 President Donald Trump met with Wendy Bell on her radio show today where they discussed the January 6 political prisoners, the border and skyrocketing energy costs. Many of Trump’s supporters have criticized him for leaving the January 6 political prisoner to be mentally and physically abused in prison while facing liberal judges who refuse to give them fair trials. During the interview, Trump explained to Bell that he is financially supporting some of them and if he decides to run and is re-elected he will consider giving them full pardons.

Yahoo News reports – Trump told Bell he’s “financially supporting people that are incredible,” and that he recently hosted some of the Jan 6 defendants in his office. “It’s a disgrace what they’ve done to them,” Trump explained, referring to sweeping Justice Department and FBI investigations of the deadly insurrection.

What You Need to Know. Your Brain Cuts Off Your Hearing When You Lack This Mineral

“They’re firemen, they’re policemen, they’re people in the military,” Trump said of the defendants, adding that his legal team has been “working on it very hard.”

After 2.5 years of abuse while awaiting trial, President Trump said he would look “very favorably” about giving the abused January 6 defendants “full pardons.”

“I’m looking at it very carefully … I’ve studied cases,” Trump said. “We have to do it, because they have some good lawyers but even [with] the good lawyers … you get some of these judges that are so, so nasty and so angry and mean.”

“And I will tell you, I will look very, very favorably about, about full pardons. If I decide to run and if I win, I will be looking very, very strong about pardons.

Brain Experiment Uncovers the Root Cause of Hearing Loss And How You Can Naturally Fix It In Less Than 1 Month, Click Here To Find Out All About!

“I think that’s probably going to be the best because even if they go for, for two months or six months and you know, they have sentences that are a lot longer than that, but we’ll be looking very, very seriously at full pardons, because we can’t let that happen. “And I mean full pardons with an apology to many.”

Post Millennial reports – Over 800 people have been federally charged for the riot at the Capitol building on January 6, with charges ranging from entering and remaining in a restricted building to assault charges for actions against officers.
While some have been sentenced to probation and home arrest, others have received jail time, with the current longest prison sentence being 87 months.