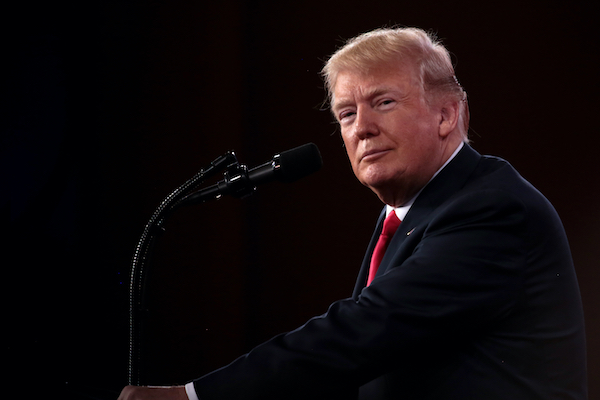 Former President Donald Trump is suing the New York Times and his niece Mary Trump for running a smear campaign about him regarding his tax filings.

The lawsuit was reportedly filed on Tuesday in Dutchess County, New York where Trump blasts the paper and his nice for an “insidious plot” to acquire private information.

Check out what the Washington Times reported:

According to the Daily Beast, the lawsuit was filed Tuesday in Dutchess County, New York, and accuses the liberal newspaper and the family member of an “insidious plot” to obtain his private records.

It claims that The Times persuaded Ms. Trump to “smuggle records out of her attorney’s office and turn them over to The Times” despite her having signed a confidentiality agreement in 2001.

Mr. Trump’s lawsuit seeks damages “in an amount to be determined at trial, but believed to be no less than One Hundred Million Dollars,” the Daily Beast reported.

Times reporters David Barstow, Susanne Craig, and Russ Buettner were not party to Ms. Trump’s 2001 agreement, but the lawsuit claims they were “directly responsible,” citing an earlier interview the niece had given the Daily Beast. It also claims the reporters were “motivated, at least in part, by their actual malice” toward Mr. Trump.

Ms. Trump told the Daily Beast on Tuesday that her uncle “is a f—-ing loser, and he is going to throw anything against the wall he can.”

She called the new lawsuit “desperation. The walls are closing in and he is throwing anything against the wall that will stick. As is always the case with Donald, he’ll try and change the subject.”

President Trump remains a relevant figure in American politics and it doesn’t appear that he is going anywhere anytime soon.

The survey asked Republican voters: “Thinking ahead to the 2024 Republican primary election for President, if that election were held today among the following candidates, for whom would you vote?”

Trump received a whopping 59% support. The next closest contender was Mike Pence at 10%. Check out the results below:

Related Items
USA First Reporting
← Previous Story This is What Tyranny Looks Like: Absolute Mayhem in Australia; Covid-Police Ambush Crowds and Shoot Protesters In the Back With ‘Non-lethals’ As They Run Away – (Video)
Next Story → POLL: Trump Now Has Higher Favorability Rating Than Joe Biden
Subscribe
1 Comment
Oldest
Newest Most Voted
Inline Feedbacks
View all comments
SWB

Sometimes you just can’t please everyone all the time and sometimes even family will not see eye to eye. Oh well what will be will be.