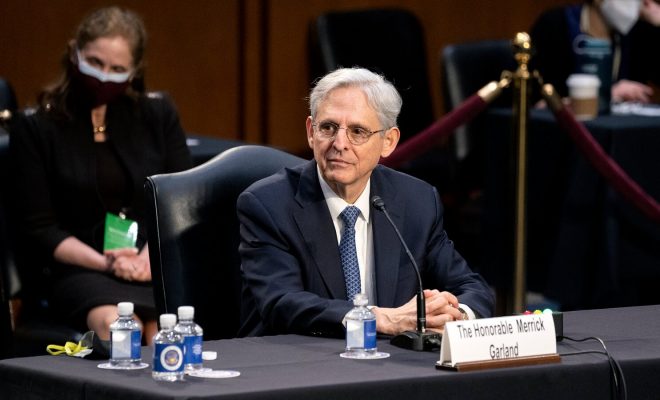 Congressman Jim Jordan (R-OH) has issued a letter to Attorney General Merrick Garland after a DOJ whistleblower brought forward an internal FBI document showing the Bureau did in fact authorize use of counterterrorism tools against parents voicing concerns at local school boards.

If this whistleblower claim is true and the document is accurate, it means that AG Garland’s recent testimony is immediately called into question.

TRENDING: NEW 8-Pound Solar Generator is HERE! You’ll Never Run Out of Juice With It.

John Solomon at JustTheNews has obtained a copy of the both the internal email and the letter sent by Mr. Jordan’s office:

Rep. Jim Jordan (R-Ohio.), the top Republican on the House Judiciary Committee, released an unclassified internal FBI email from last month showing that the bureau’s counterterrorism chief, Timothy R. Langan Jr., through a deputy, jointly sent instructions with the criminal division chief to FBI officials to use a “threat tag” to track any complaints involving parents and school officials.

“We ask that your offices apply the threat tag to investigations and assessments of threats specifically directed against school board administrators, board members, teachers, and staff,” the email stated. “The purpose of the threat tag is to help scope this threat on a national level and provide an opportunity for comprehensive analysis of the threat picture for effective engagement with law enforcement partners at all levels.”

Jordan wrote Garland saying the email appeared to conflict with the attorney general’s testimony last month. “You testified that the Department and its components were not using counterterrorism statutes and resources to target concerned parents at school board meetings,” Jordan wrote.

“We have now received a disclosure from a Department whistleblower calling into question the accuracy and completeness of your testimony,” Jordan wrote. “… This disclosure provides specific evidence that federal law enforcement operationalized counterterrorism tools at the behest of a left-wing special interest group against concerned parents.”

Jordan ask Garland to amend his testimony or clarify why the FBI sent the instructions.

A Justice Department spokesperson did not immediately respond to a request for comment Tuesday evening.

The FBI has denied any malfeasance:

“The FBI has never been in the business of investigating parents who speak out or policing speech at school board meetings, and we are not going to start now,” the official said. “The FBI’s mission is to protect the American people and uphold the Constitution. These are dual and simultaneous and not one at the expense of the other.”

Current and former FBI officials said the email cited by Jordan appeared to be an aberration from normal FBI practices. Usually, they said, the FBI sends out such instructions in what is known in bureau parlance as an “electronic communication” and cites the case number of an investigation. But this instruction was sent out over normal email and even included a colorful logo header, which they said was not typical.

During his recent testimonies in the House and Senate, AG Garland was pressed hard on this issue and was excoriated by a number of Senators and Congressmen on the subject.

Garland issued a controversial memo only five days after a separate letter was addressed to the Biden administration from a highly partisan political organization, the National School Boards Association.

The NSBA alleged that the recent uptick in angry parents voicing opinions at local school board meetings could be considered “domestic terrorism”.

The NSBA also urged the Biden administration to involve the FBI in these issues.

Their Marxist ploy was not well received.

The NSBA ended up folding like a paper bag and disavowed the letter after scrutiny, like the cowards they are.

Watch Rep. Jordan’s questioning of AG Garland on the memo:

Jordan wasn’t the only member of Congress to rip Garland a new one and expose him.

During his Senate testimony, several Senators took the opportunity to take the Attorney General to the woodshed. And it was AWESOME.

Another sketchy component to Garland’s memo is that his son in law works for a progressive company involved with education textbooks and it stands to make a fortune if the controversial Critical Race Theory is taught in schools.

Many parents who would possibly be under scrutiny for their potential “domestic terrorism” by Garland’s DOJ are voicing concerns over that very subject of Critical Race Theory, it’s Marxist roots, and devious motives to rip apart the family unit.