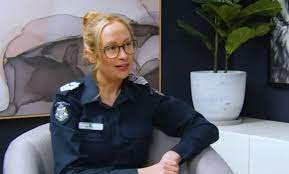 There are few democratic governments that have been so capricious and petty with the power afforded to them by COVID-induced fear as Australia, a nation that has locked down China-style over a handful of cases and where local officials berate, shame and brutalize anyone who dares protest the measures.

Take Daniel Andrews, premier of the Australian state of Victoria. His state has mandated 1.25 million “authorized workers” must get a COVID-19 vaccine, according to Reuters. After protests in September, he called the “ugly scenes” things like “appalling” and “unlawful,” according to Melbourne’s The Age.

TRENDING: A solar generator… worth its weight in GOLD

“Whether you want to call it a riot, affray, ugly scenes, you can scarcely find a word to adequately describe what we saw yesterday,” Andrews said on Sept. 22.

You could, indeed, scarcely find words to describe how Victoria has responded to protesters, although probably not in the way Andrews meant it. Here was the scene a few days after that at St. Kilda’s Beach in Melbourne as police even-handedly dealt with protesters using the lightest touch possible. Or not:

You have to see this! This Nearly Endless Energy Source Could Save Your Life

It’s gotten bad enough that, on Oct. 4, Sky News described Melbourne as “the world’s most locked-down city.” On Oct. 2, it’s worth noting, Victoria recorded only three deaths and 1,220 cases in a state of over 6.6 million people. While lockdowns are set to be lifted next week, according to Reuters, it’s unclear what that’ll mean — or how long it’ll last.

It’s not just the citizenry who are sick of how Victoria’s police are handling this, either. On Friday, a Victoria police officer went viral when she resigned effective immediately and gave a wide-ranging interview describing her disgust with how the state government — and Premier Andrews — is violently suppressing protesters.

According to LifeSite News, acting Victoria Police Sergeant Krystie Mitchell — who had served for 16 years — said there were hundreds of her fellow officers who were getting to the point of resisting orders they considered unethical.

“These include the indefinite closure of businesses, the closure of state borders, the imposition of a no-fly order over the city of Melbourne in order to prevent live footage of police activities by media helicopters, the use of agents provocateurs to subvert protesters, the use of heavily armed paramilitary police and counter-terrorism units, the parading of armored vehicles within the Melbourne CBD, police brutality against unsuspecting or incapacitated victims, the firing of rubber bullets indiscriminately at unarmed protesters at close proximity leading to serious injury, and the arrest of protesters or political dissidents using facial recognition technology or social media activity.”

Andrews’ leadership was, she said, one of the reasons police were acting aggressively toward protesters.

“I think that the reason or the issue in why perhaps police feel are either feeling more emboldened to act the way that they are in relation to these [Chief Health Officer] directions is because of the messaging that comes from Dan [Andrews],” she said. “He’s the premier of our state and he tells us what to do on a daily basis.”

Mitchell also called out Andrews on his choice of words, particularly with regard to protests and protesters.

“I hate this divisive language that is being used. Calling protests illegal I just think is ridiculous,” she said.

“The only reason that protests are illegal is because Daniel Andrews made it so. By Daniel Andrews making protests illegal, he is responsible for the increase in violence that has occurred as a result from police and from protesters. By making it illegal, Daniel Andrews, in my opinion, has escalated the violence.”

It’s not just the people being policed who are having their freedoms curtailed, either, according to Mitchell, who said police officers were barred from airing any opinions.

“Our own police force has instituted recently a new policy that says that you can’t even have [an] opinion in your private life on social media or in public discourse,” she said.

And so, she went out in a blaze of glory. Like Lt. Col. Stuart Scheller, the U.S. Marine who went viral for criticizing military leadership for their failures in Afghanistan, Mitchell tendered her resignation publicly and unapologetically.

LifeSite News noted the discontent among police officers isn’t confined to Mitchell, as a video from the September Melbourne protests showed. In it, an unidentified officer said, “Just go home, all right? We get paid to do this, mate. I’m just as over this f***ing protest as you are. And by protest I mean lockdowns.”

Unfortunately, the police being “over” it isn’t going to change much. In fact, plenty of police aren’t over it — and they are making it clear they’re relishing the authority to deal sternly with protesters. Mitchell, meanwhile, has taken a stand — one which many other police officers in Victoria will need to take.

However, they shouldn’t necessarily take their stand by quitting. As much as we respect Mitchell and her decision, she’s the kind of police officer citizens need on the force. Leaving it in the hands of overzealous brutes does nothing to remedy the situation. Instead, the stand needs to be taken inside individual departments.

If not, elites like Daniel Andrews will continue to milk this. Keep in mind that when this is over, the headlines will likely turn to corruption investigations involving Andrews’ alleged misuse of public funds and his dealings with Victoria’s firefighters’ unions.

In the meantime, the crackdown continues apace. On Saturday, the Sydney Morning Herald reported, another 57 people were arrested during an anti-lockdown protest in Melbourne.

“Victoria Police will continue to have a highly visible presence to maintain public safety, and to ensure any protest activity that breaches the CHO directions does not impact on the broader community’s right to go about their daily lives,” said a spokeswoman for Victoria police.

Except that if the broader community exercises their right to go about their daily life, they could end up arrested, too.

Related Items
USA First Reporting
← Previous Story Border Agent Morale Tanks: ‘We’re Not Making Any Difference’
Next Story → US Navy Secretary under Lloyd Austin Threatens to Make Navy SEALs Pay Back the Cost of Their Training if They Don’t Get Vaxxed